In my previous post, I came up with activities for three preschools to do. Today, I had only two preschoolers and a list full of fun for them to do. They only thing we didn’t make it to was yoga. And we do that often enough that we can do that next week. I kept with the same Snowman theme we did on Tuesday, and just did different activities. 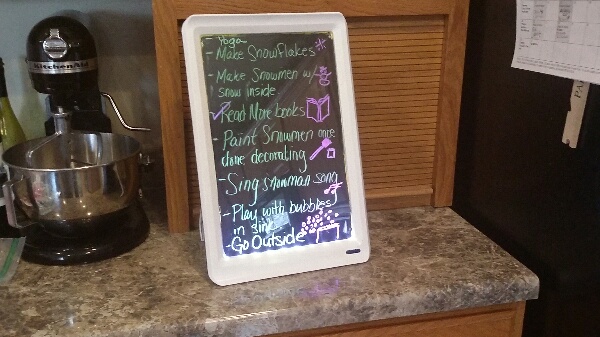 My idea board. Actually, Isla’s board with my ideas written on it. She loved how she could turn it on to see what was next and checking them off as we did them. We started later this morning after my sister-in-law headed out for work. The kids played for a while and then we read three books. After lunch, I sent Isla and Brixton out to play in the snow. They had a pretty good time and the snow was really packable. When they were finished, I helped them get their snow gear off and collected some snow on cookie sheets. 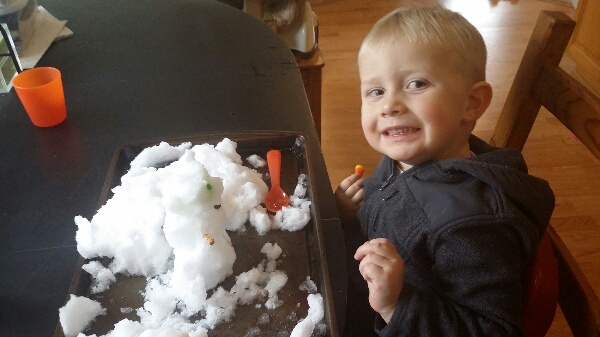 I helped to make balls of snow, and they tried to decorate the real snowmen. 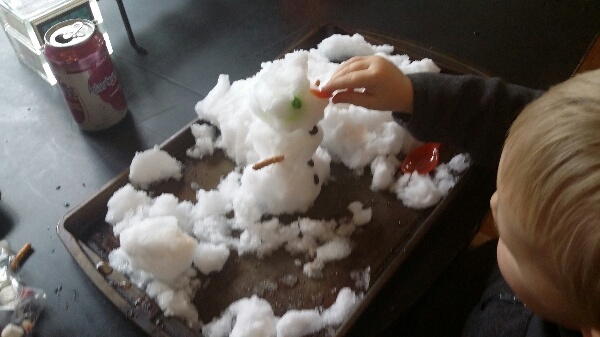 We decorated with leftover snacks from the other day, but I didn’t let them eat these when they were done. 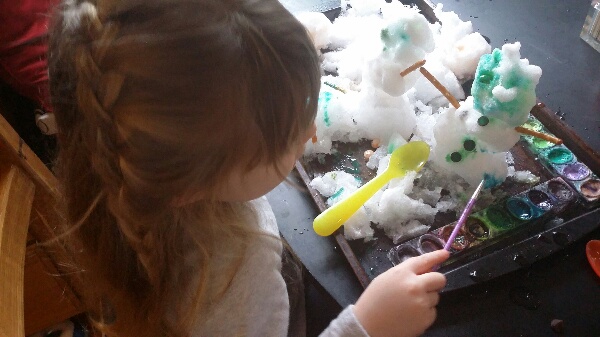 Once I pulled out the watercolors, Brixton announced he didn’t want to paint. Isla loves painting, so happily spent 20 minutes decorating her snowman. 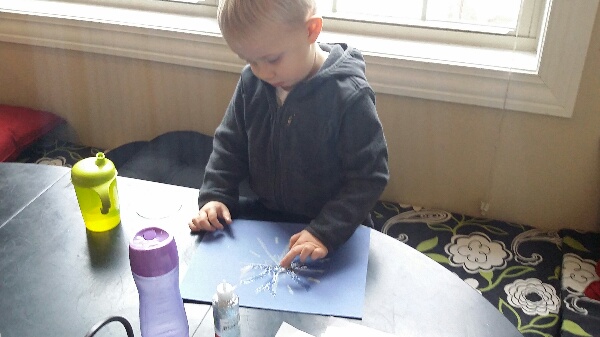 Brixton busied himself with the next project while Isla spent time painting. I drew the lines, and put a large dollop of glitter glue in the middle of the snowflake, and he was to drag the glitter glue from the center along the lines.

After he had his hands good and sticky…we transfered the fun to the kitchen sink. I filled it up with warm water and bubbles…and I added glitter today for fun. 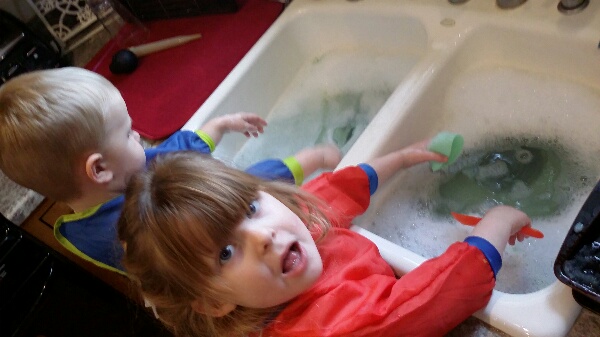 Another successful day and plenty of freetime to play as well.