I love making my baby gifts. Ever since I have been crocheting and knitting, I have made gifts for my friends and family. Most of the time it was a blanket. But after years of making blankets, the same double crochet stitch for all of them, I was ready for a change. As I have said in a previous post, I decided to learn how to knit. After I mastered the basic knitting, I was ready for something a little more. Paul bought me a wonderful knit toy book and I have been using the book to knit gifts for a couple of years now. Now that I have made several in the book, I have started to branch out and create some animals on my own. These have been adapted a great deal from the original book, but I make variations to make them my own. 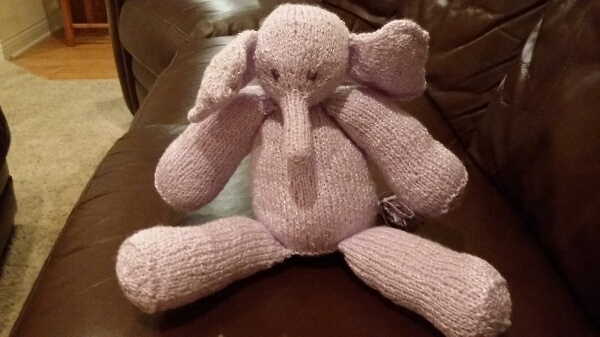 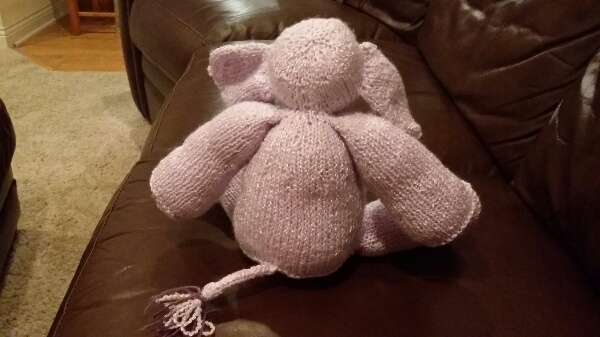 repeat until 44 stitches
Knit 4 rows around

Tail
CO5
Knit as you would an Icord. Knit without turning until tail is about 3 inches long. Tie yarn at end, or make a puff ball and attach.